Create an Account - Increase your productivity, customize your experience, and engage in information you care about.

The 2020 census has finished collecting responses. As of October 16, 2020, Alhambra's self-response rate was 76.5%. The final number will be released later. Thank you to everyone who participated by completing the questionnaire.

The Census is a population count of every person living in the United States and five U.S. territories. It's conducted every 10 years by the U.S. Census Bureau and it help determine how billions of dollars in federal funding is distributed to states and communities every year. The next Census will take place beginning in April 2020.

How the Census Impacts the Community

Data from the 2020 Census will be used to determine your representation in Congress, as well as how funds are spent for roads, schools, hospitals, fire departments and more. It is very important that all residents be counted!

Watch this video on how the census affects the Alhambra Fire Department.

About the Complete Count Committee

The Complete Count Committee is a volunteer committee dedicated to informing residents about the importance of the upcoming 2020 United States Census. The Committee will meet on a monthly basis to determine the most effective ways to raise awareness, answer questions and encourage community members to respond to the 2020 Census.

If you are interested in interacting with the diverse cross sections of the Alhambra community, and contributing to a great cause please consider volunteering. For any questions or concerns please email Van Nguyen, Marketing and Communications Specialist.

In light of the COVID-19 outbreak, the U.S. Census Bureau has adjusted 2020 Census operations in order to:

Learn more about other operational changes on the U.S. Census Bureau website.

The Covid-19 crisis points to the need for everyone in L.A. County to complete the census.

Census takers began following-up with households in San Gabriel Valley that have not yet responded to the 2020 Census around August 11th. The Census Bureau will provide face masks to census takers and requires that census takers wear a mask while conducting their work. They will follow CDC and local public health guidelines when they visit. Census takers must complete a virtual COVID-19 training on social distancing protocols and other health and safety guidance before beginning their work in neighborhoods. Households can still respond now by completing and mailing back the paper questionnaire they received, by responding online, or by phone at 844-330-2020. Households can also respond online or by phone in one of 13 languages and find assistance in many more. Those that respond will not need to be visited to obtain their census response. Census takers can be easily identified by a valid government ID badge with their photograph, a U.S. Department of Commerce watermark, and an expiration date on the badge. To confirm a census taker's identity, the public may contact their regional census center to speak with a Census Bureau representative.

To help you answer the census, the U.S. Census Bureau provides translated web pages and guides in 59 non-English languages, including American Sign Language, as well as guides in braille and large print. 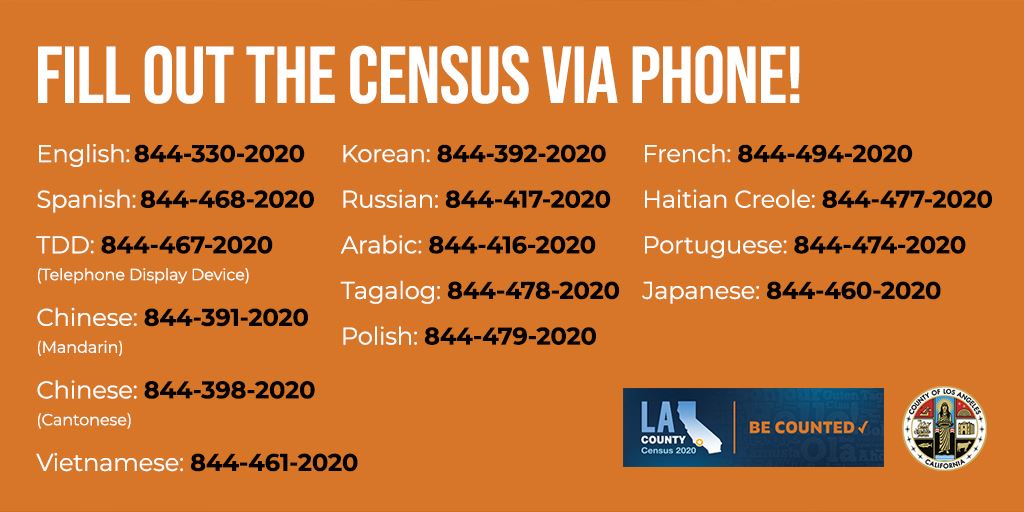 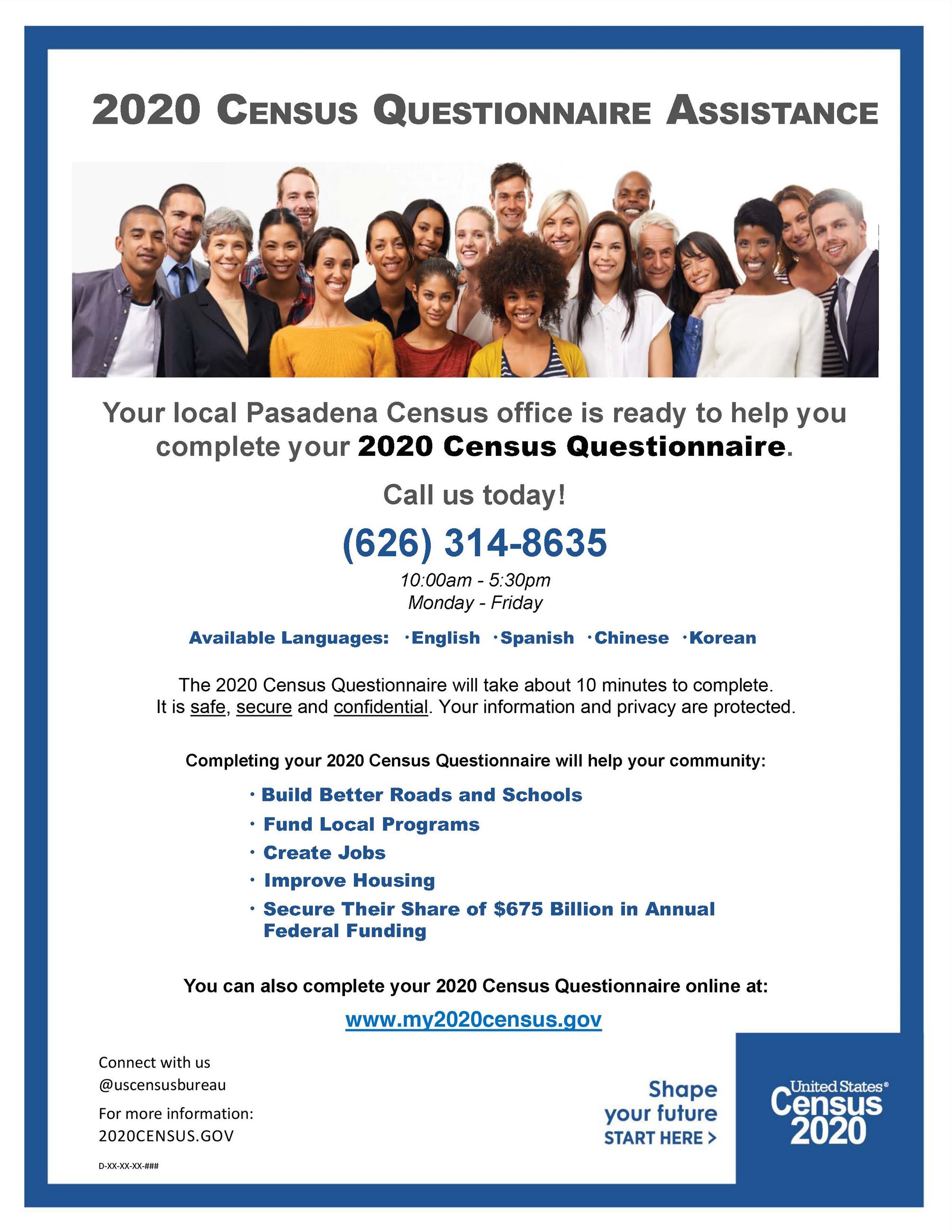 To see how Alhambra is doing, check out the Self-Response Map here.