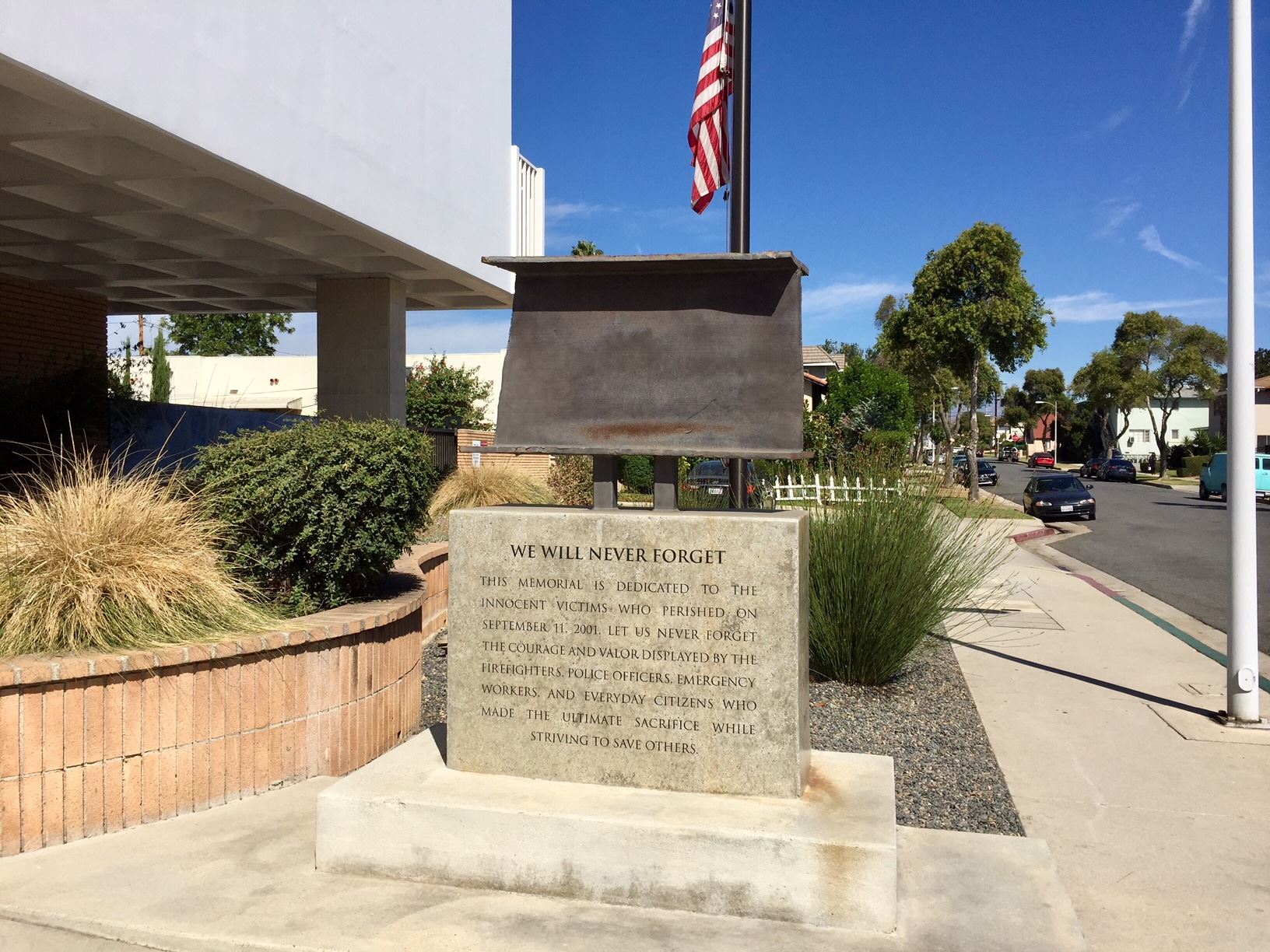 The Alhambra 9/11 Memorial at the Alhambra Fire Department Headquarters was dedicated on September 11, 2013 to honor not only the innocent victims who died that day through the actions of international terrorists, but also the lives of the brave firefighters who, with no thought of their own safety, rushed to aid victims, thus paying the ultimate sacrifice.

The centerpiece of the memorial is a 500 pound steel artifact, one of approximately 2,000 steel pieces from the World Trade Center that the Port Authority of New York and New Jersey have distributed to municipalities and non-profit organizations throughout the U.S. and in select foreign locales.

The Alhambra Fire Department, led by Chief Bill Walker, and the Alhambra Firefighters Association, under the presidency of Engineer Arnold Furr, worked for several years to establish the memorial, supported by a $50,000 grant from the City of Alhambra Arts and Cultural Events Committee, pro-bono engineering and design work from Lenkin Design, and a $25,000 grant from the San Gabriel Valley Municipal Water District.